Start a Conversation in 2021

Our latest film, Starting a Conversation, is a powerful message to students and young people about the importance of talking and how to start a conversation with a friend who might be struggling. This film has been developed as a direct response to a national webinar we took part in for university students, at which young men were saying they didn’t have many conversations about mental health and that they weren’t sure how to start a conversation. Otto, Eli, and Carrington have all experienced the suicide of a friend or family member and Alex has struggled with depression. They and other youth advisors have been involved in all aspects of this film project. We will be sharing it as widely as possible both locally and nationally. Although it’s targeted at young men, the messages are universal. See film here

Our youth advisor Gabe recently featured in the debut episode of a new podcast in which young people and experts talk about mental health issues and how to cope with them. He reports on his experience:

“Towards the end of last year, I was contacted by my former therapist, Dr Kate Donoghue, who is an expert in Cognitive Behavioural Therapy [CBT] and had just started a podcast called Young Balanced Minds where she talks to young people about their experiences of accessing therapy to manage a variety of mental health issues.

I was very fortunate to be asked to feature in the first episode and we discussed how CBT had helped me after a traumatic experience. We spoke about the preconceptions I had about CBT, the impact it had on me, and the advice I would give to other young people looking for support. As I say in the podcast, the most important thing when getting support is finding the right kind for you, whether it’s CBT or something else. Even if you don’t find it right away, you must always remember that it is out there and that there is hope!” You can listen to the podcast here.

Coming Out: Youth Leadership & Solution Focus Podcast with Will Reed 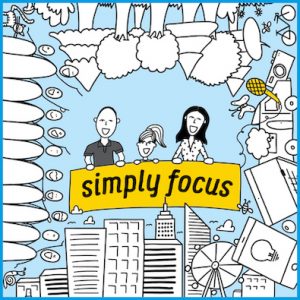 Earlier in the year, Will, one of our youth advisors, delivered a workshop at SF24 with BiM team member Tara Gretton, where he met Elfie Czerny and Dominik Godat, two pioneering Solution Focused practitioners who have gone around the world and spread the Solution Focused approach.

Part of their work is the Simply Focus podcast, where they interview Solution Focused practitioners all over the world to hear about their work and what fascinates them, and they invited Will to take part – their latest podcast, SFP 109, Coming Out: Youth Leadership and Solution Focus with Will Reed, was released this month. In it Will talks about his own personal journey with Solution Focus, but also the power that the Solution Focused approach has had within Boys in Mind/Girls Mind Too, as well as the Whole School Approach and Black Lives Matter films.

Listen to this podcast here, and check out the other fascinating podcasts that are on their website, including one by Tara!

Our latest Q&A with strong role models met up with inspiring activist and campaigner Joshua Williams. He told us how he is driven to never waste a single moment or opportunity, how his background influenced his efforts to empower marginalised groups during his time as president of his students’ union and how more can be done to create real change.

He also explained how mental health considerations should be embedded into every decision that we make and that every single person has the power to make change happen, whether that is through supporting friends and family, or campaigning to ensure everyone has access to support services. Read his powerful story here.

Children from Farmborough Church School explore gender stereotypes in our new film with the school’s Equalities Team.Deputy Headteacher Ruth Roberts tells us about the background to the film:

“Our E-Team (the E stands for equality) started quite a number of years ago, after our Head and I attended a Stonewall presentation. We saw the sorts of things that other primary schools, who had already started E-teams, were doing and decided that we would like to do the same. Kate helped us to get started and has been a regular visitor and enthusiastic supporter ever since.

The E-Team consists of a group of children representing most of the classes at school and we hold regular meetings to decide what we are going to focus on next. Apart from the ongoing promotion of positive attitudes to difference, we have done presentations to the rest of the school, to the BANES pupil parliament (about why our school is a happy place) and to our governors, about the importance of accepting everyone for who they are. Our whole school gets involved in these initiatives, adults and children alike.

Then Kate asked us to make a short film for Boys in Mind. We decided to focus on gender stereotyping and how some things are seen as either boy or girl attributes. We all really enjoyed working on the film, even though it’s taken us a while as there was a long lockdown and school closures between starting and finishing.

Head teach Darren Roberts said “The opportunity to work regularly with Boys In Mind has been of huge benefit to both our Equalities Team and the school community as a whole. It has provided a key focus to many vital issues and enabled children to address them in a highly motivated and independent way. Making a film to support this, was both a rewarding and extremely informative experience for all involved.”

Sadly, the E-Team can’t meet at the moment, but once schools are back to normal, we look forward to picking up from where we left off.” You can watch the film here.

As a youth-led organisation, it is always a delight to welcome new youth advisors to our team and we are thrilled that Alex, Carrington, and Otto have agreed to join Boys in Mind. All three contributed to our new film ‘Starting a Conversation’ and are keen to continue promoting positive mental health. Carrington has previously been involved with our Northern Ireland Planning Group and provided the voiceover for our film ” A Message to Young Men”. Otto also featured in one of our previous films which you can watch here. We look forward to working with them on exciting new projects. Click here to read their bio’s. Young people involved found it a really good way to connect with each other and to see their friends on film. It was also really useful for so many to try out some new ways to cope with what is going on. We would love to hear from you about how you are coping with the latest lockdown, so get in touch by messaging us on social media or emailing  comms@boysinmind.co.uk if you would be interested in making a film!

Are you ready to run, walk or cycle your way into Spring? Our partner organisation, the Charlie Waller Trust, have got a fab new project that will motivate you to dispel the Winter blues and get back into shape! Their #Fit4Feb campaign aims to raise awareness of Children’s Mental Health Week, which starts on the 1st of February, while also fundraising to support their vital work. You can join in with your friends, family, or colleagues by creating a virtual team and challenging yourselves to walk or run 28 miles, or cycle 280 kilometres during the 28 days of February! It’s a great way to stay connected during lockdown and to feel great about promoting mental health. Members of the Boys in Mind/Girls Mind Too team have already signed up and are raring to go. You can find more information here.