The Power of Film

Our Boys in Mind film projects enable young people to be heard and also enable those who are filming to listen. Often we can’t or don’t need to provide advice or solutions but just listen and the camera is a great way of observing and recording without interfering.

Focus groups of young people, mainly boys and young men, are supported to explore issues relating to our Boys in Mind aims and to decide upon themes which they want to pursue through film. They decide on the questions they want to ask, who they want to film and where.

They are given training by film-makers and equipment for filming and then go ahead with filming . The films are then edited and shown to the young people, who decide what changes they’d like to make. Upon completion, there is a film launch to which fellow students, school staff and family members are invited.

Due to the hard work and enthusiasm of the young people we have far more footage than we had originally thought possible. This is being developed by the project group into more films which will be available on the website in the near future.

We have plans to work with our lead secondary and primary schools to develop films around good practice in terms of a whole school approach to mental health and well being. We are also intending to make films with parents and carers.

The films will be used in schools and other settings as well as at staff training sessions to trigger discussions, to reduce stigma, to challenge stereotypes and to promote positive and caring  images of boys and young men.

Getting boys and young men talking

Our experience shows us that boys and young men, given the right kind of context and a supportive ethos, want to talk about things that they are struggling with. The films also provide us with a set of young role models.

Thanks to our funders

We would like to thank St John’s Foundation, who funded the film project, and the Charlie Waller Memorial Trust, the national charity with whom we are working in partnership, for their financial support. 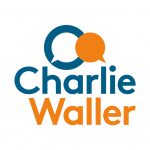