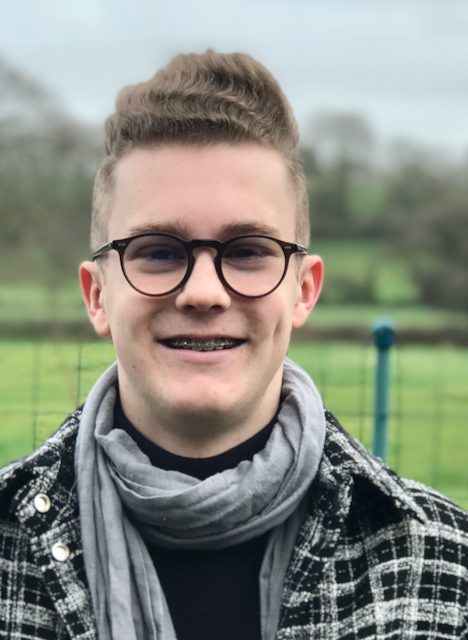 Music and it’s therapeutic effects on my life

My name is Will Reed and I’m a Youth Advisor for Boys in Mind. I lost my mum to cancer around the start of GCSEs and came out as gay not long after, (a pretty brief summary of events) and there were many times where I was struggling, so I had to turn to safe coping methods. I turned to meditation and yoga, as well as breathwork after being introduced to it by my mum, who also practised, and it was invaluable in helping me to deal with my thoughts. However, my most important coping mechanism was music – something which I had found an escape since primary school.

At the time I played quite a few instruments, flute, piano, double bass, accordion (and some more!) and was in a few bands, in and out of school. Obviously, my passion for music continued into listening and I loved listening to a whole array of genres, as well as going to concerts and listening live. My mum was always very supportive of my music and encouraged me, coming along to concerts and when she was ill at home, I would play her favourite pieces on the piano to her. We had a favourite piano piece ‘Do you?’ by Yiruma that we would always listen to when we were in the car together, and she always wanted me to play it at the school piano concert.

At the time that she passed, I hadn’t played it at the concert, and so I decided to transcribe it and asked my dad if we could organise a piano so I would be able to play it at her service. I did and it was the closest I felt to mum since she had passed, and the piece really does now hold a special place in my heart. I decided when I was in sixth form, as senior musician, to end my last piano concert with the piece and dedicate it to mum. In playing that piece at an event I knew she would have loved, I felt like I was able to shut a chapter and truly be at peace that she had gone, and properly allow myself to move on.

After coming out as gay, again trying to cope with depression, I always found that playing in bands was so helpful to me – as well as the post-concert high that nothing can compare to, it allowed me to talk to my friends and stopped me from isolating myself away. However, at the times where sadly I was isolated at home, in addition to meditation, I always turned to the piano. I still do whenever I’m feeling overwhelmed or struggling. It allows me to take a step back and just disconnect from my thoughts, just giving me a bit of breathing space, and sometimes helping me make sense of it all. I know that many things can also have a similar effect to music – dance, acting or art to name but a few.

Whether it be listening to a special song that can evoke emotion, playing an instrument that allows you to detach for a while, or playing in a band and socialising with friends, music is such a powerful coping tool that can help in so many situations. If you used to play an instrument, or have always wanted to try, I would highly recommend it – music really can be a safe coping mechanism and escape for everyone at hard times, and it’s still so much fun when you are feeling good anyway!