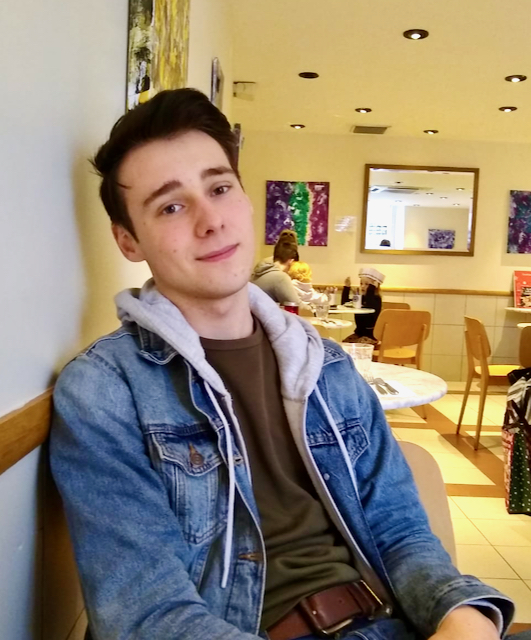 At the time of writing this I am 17 years old and roughly half-way through my second year of sixth-form. Earlier this year, just before the summer holidays, I entered an emotionally abusive and manipulative relationship that lasted 4 months. At the time, I was oblivious as to what was happening, but the relationship brought out the worst in me. My friends at the time could see what was going on and tried to help me but I pushed them away which meant that, inevitably, when the relationship ended, I had no one to turn to for support.

The effects of being in such a relationship, followed by the loss of some of my closest friends, caused me to fall into a depressive state. I lost any motivation to do things I used to find fun, I felt constantly drained and exhausted, and was on a permanent short-fuse with my family. I was constantly suffering from intrusive, self-deprecating thoughts and crushing guilt over how I’d treated the people closest to me.

Time passed, not in a blur, but more like a smudge. I remember feeling like I was faking it the whole time, constantly telling myself that people go through much worse and that I shouldn’t be feeling this way. I turned to self-harm to validate my emotions, to prove to myself something was wrong, and all the while I hid how I felt from everyone around me.

Keeping on top of responsibilities at school was tough and after having a breakdown while trying to plan a speech for the next morning, I had to take a day off. The Head of Sixth Form picked up on this and referred me to our school counsellor for a session the next day. We are lucky at our school to have a counsellor. Most of the students in my year (myself included) have visited her at some point with problems big and small which she never failed to help us with. Because of this I wasn’t apprehensive about the meeting. At this point I wanted nothing more than to speak to someone about it.

After the session I was referred to a solution-focused therapist for weekly meetings. These sessions helped  no end. Apart from just being able to say what was on my mind, the sessions weren’t so much directed at the problem, but how to move on from it. It helped me to unpick all the thoughts in my mind, discard the meaningless ones and find out how I was really feeling and, through talking it out with my therapist, I was able to come up with my own solutions… my own set of steps to take in order to feel more like myself again. I found that by taking these small steps – getting back into old hobbies, changing the way I look, along with being offered a place in the school boarding house really helped me reforge my daily routines and begin to see the joy in life again.

Of course, it’s not all plain sailing and although I’m in a much better place now, I still have healing to do. There are times almost every day where I feel like I’m back at square one. But that’s ok, because after the incredible support I’ve received I know how to better cope during these low moments, I know who to talk to if I ever start regressing into old habits, and most of all I’ve realised that it’s ok to feel this way. Even if it doesn’t always seem like it, I’m making progress, small steps at a time.